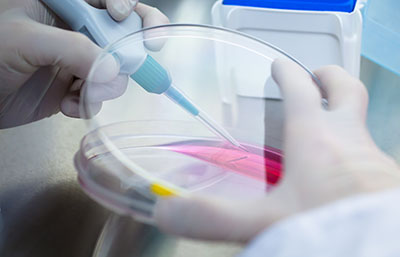 Nerves are surrounded with myelin – a protective sheath of a cell. Multiple sclerosis causes myelin to get damaged, therefore causing it to be unable to send signals correctly. Because of this, a patient experiences a number of different problems.

Treatment that can help MS patients is one of the newest discoveries and the one that shows very good results is stem cell treatment. All the treatments for MS until now were only working on helping a patient keep symptoms under control and prevent the further damage. Stem cell therapy does not only do that, but it helps repair the damage that has already been made, as well.

Stem cells have the ability to make new cells and repair those that are damaged, because stem cells are already part of a body’s repair system naturally. This stem cell therapy is done with adult stem cells from person’s own organism, so there is no risk of side effects or rejection from the body.

After a stem cell therapy, a body receives around 200-300 million stem cells. The whole body, organs and cells are fresh and renewed. The old cells became new again.

The treatment is done by extracting blood stem cells from the bone marrow. Blood is full of many cells and some of them belong to immune system, and because multiple sclerosis is autoimmune disease, connection between to two is obvious.

Every patient is different, so the treatment won’t work exactly the same for everyone. Some may see the results right after the treatment, which most commonly happens, but some patients might have to wait for the full culmination up to a few months. In some cases, six months was needed for therapy to react fully.

Many believe that stem cell treatment is the future of dealing with multiple sclerosis.

How stem cells can help patients with multiple sclerosis?

Stem cell treatment has proven to be the most effective solution for multiple sclerosis patients, because it is the only one that can reverse the damage that has already been made. Being an autoimmune disease, multiple sclerosis attacks its own myelin, which is the main reason for all the problems and symptoms that occur.

What stem cell treatment offers to multiple sclerosis patients is a form of remyelination, meaning that myelin sheath that is damaged, lost and destroyed by the disease, gets rebuilt. Stem cells are a very powerful tool of a human body naturally and a part its repair system, which is why it is only logical that when enhanced and their number increased during the treatment, they are able to help the body more. This way, lost nerve fibers are revived and repaired, improving the symptoms.

Other very important advantage of stem cell treatment for multiple sclerosis patients is immunomodulation, which prevents the immune system from attacking itself and its nerve cells. This decreases the possible future damage. Patients who have tried this treatment consider their condition and symptoms to be improved by 81.6%, on average. Although results may vary, symptoms such as eye pain, speech problems, focus, memory, sickness, weakness, pain, muscle stiffness and headache are the ones that showed to be the most prone to improvements in multiple sclerosis patients.

Swiss Medica Clinic helped numerous patients suffering from this disease, from all around the world. We made it possible for those who were unable to walk, to start walking again. Those who couldn’t see well, began seeing clearly. After the stem cell treatment, the pain decreases or disappears. Symptoms improve, leading to an overall better quality of life. Patients get a second chance, a new life, which was impossible before this discovery. 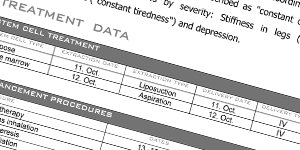 Analyzed symptoms are chosen by the effect they have on quality of life of a particular patient... 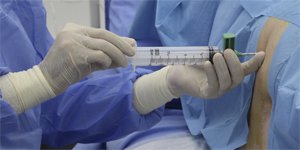 Our medical team will decide whether to perform stem cell extraction from adipose tissue (fat) or bone marrow... 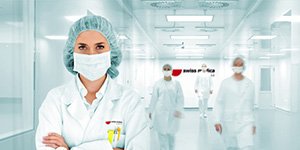