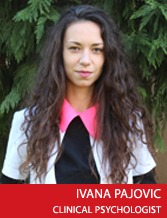 A Chinese symbol for crisis has two meanings: danger and opportunity. It is important to learn how to turn a crisis situation into benefit and opportunity to learn and experience pleasant emotions: calmness, hope, forgiveness, gratitude and love. Living with multiple sclerosis is not easy. I will try to explain why from psychological point of view. MS brings many changes into patient life and it is important to provide systematic psychological support (psycho-educational, emotional, behavioral psychotherapy) for people with MS and their caregivers. Psychological treatment can help patients to understand those emotions, to process and modify them. During psychotherapy sessions it is possible to give new meaning to the disease and learn how to cope with it.

Any condition can be an opportunity for personal growth and development. At our clinic the psychological treatment is holistic: from one side we are relied on standard and proven psychological intervention and knowledge, but from the other side we use alternative techniques such as reiki, EFT – emotional freedom technique, mindfulness, meditation, yoga, music therapy. And our patients have a comprehensive psychological treatment: we have gestalt psychotherapist who helps people to learn how to deal with emotions, to stabilize them and to use emotions as support, transactional psychotherapist who supports them cognitively and educationally, and family therapist who provides support systematically.

When we say psychological symptoms we usually think on one or two of them. But patients with MS frequently present with a variety of psychological difficulties. This may include a wide range of emotional changes: depression, anxiety, anger, sadness, and other unpleasant emotions. At some moment people with MS experience big and significant loss (health as it used to be, unconcern, the old way of life) and facing the possible limitations that the disease causes. That’s why they can go through different emotional stages such as:

The stages of grief and morning are universal and are experienced by people from all walks of life, across many cultures. Mourning occurs in response to an individual’s own terminal illness, the loss of a close relationship, or to the death of a valued being, human or animal. 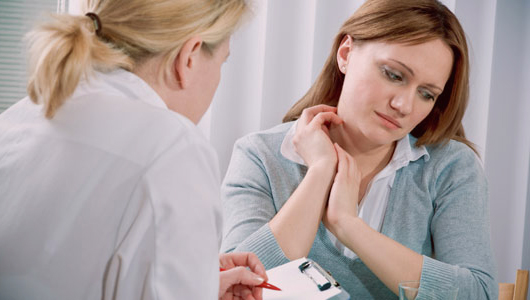 Depression is one of the more common symptoms in MS. Lifetime prevalence of major depressive disorder following MS diagnosis is approximately 50%. Several studies suggest that depression in MS, left untreated, is not self-limiting (Mohr i Goodkin, 1999). Depression in MS clearly has psychosocial origins.

Anxiety and Anger – it is not surprising that the rates of anxiety appear to be higher in MS than those found in the normal population. Anger in MS patients has been frequently noted by clinicians. (Minden, 1992; Pollin, 1995). Anger can be an appropriate response to the frustration of having a chronic illness and to encountering new physical limitations. It may become problematic when the intensity of the anger causes distress, and/or when the anger is displaced onto other in the environment.

Pathological laughing and crying (PLC) is defined as bouts of uncontrollable laughing, crying, or both, in response to nonspecific stimuli in the absence of a matching mood state. It is generally associated with greater physical and cognitive disability. PLC is generally responsive to fluoxetine (Seliger, Hornstein, Flax, Herbert i Schroeder, 1992) and fluvoxamine (Iannaccone i Ferini-Strambi, 1996).

Euphoria is a similar condition in which the patient’s mood is consistently cheerful, and he or she is seemingly unaware or unconcerned with his/her condition. Euphoria is a symptom of MS, as it is associated with greater lesion load in the brain. Euphoria can also be a sign of repression or denial of illness. 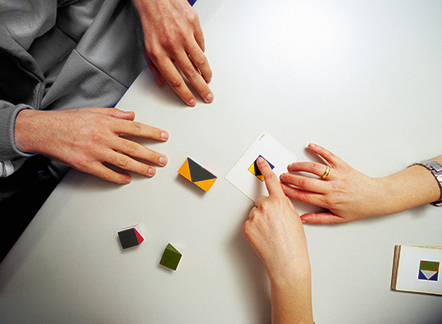 Significant problem for people with Multiple Sclerosis and also their family members is confronting with neuropsychological symptoms and cognitive dysfunction and this is a. In order to accommodate changes (cognitive and emotional) more easily it can be helpful to know what kind of changes patients can expect and how to treat them. Cognitive impairment in MS is heterogeneous, varying greatly from patient to patient and it can be problems with processing speed, attention, concentration, and also problems in verbal memory are also common. Word-finding deficits and problems with fluency are also seen. Executive functioning, defined as patients ability to reason, sequence, problem-solve can also be impacted by MS (Zakzanis, 2009 u Morh, D. i Cox D. 2001).

Patients are educated about the possibility of cognitive difficulties and the need for adequate neuropsychological assessment and emotional support to accept changes. The results of neuropsychological testing can be used to help patients and their caregivers identify areas of strengths, as well as areas of weakness for which the patient may need to adopt compensatory strategies. For example, patients with memory difficulties may be helped by using external organizational aids, such as day planner, keeping items in the same place, lists, and other reminders. Their family members may need to help them compensate for problems with memory by keeping items such as mail, keys, kitchen supplies and tools in the same place and by offering memory aids. Patients with difficulties in selective attention may need to only work on one task at a time in environment low in distractions. Familial education about memory problem in MS can help reduce these miscommunications. To reduce conflict between family members open discussion of the particular problems faced by the patients and their family is a good way to find a solution.

As you might see living with Multiple sclerosis disease is not easy at all, but we do our best to improve well being of our clients. Besides all of the numerous difficulties which had previously been discussed I want to finish this text with personal observations which I experienced in working with people with MS. What is my strongest impression is their readiness to fight, to laugh, openness to change, to learn and to support others. And this is what we all can learn together with them.